Hello Carol!
Hope you had a nice Easter Sunday!  I’ve been meaning to connect for awhile but I guess I’ve been too busy. Ha. We are having a lot of fun around here with Rosey. Actually we had a slight name addition and call her Mia Rose. Mia is base for Mary, my favorite grandmothers name, and it’s also Spanish which is where the havanese started from. Anyway, she learned it sooo quick.
She is a true havanese! Whatever you read about them, that’s her. We love her! She is so affectionate and fits in with all the pups. Of course, she loves and plays with Piper, my havanese, the most. At first she tried to become queen but she was put in her place by Piper. Since then, all is well. I have some adorable pictures to show you that I took yesterday. She’s always with Piper.
She is also pretty much house broken!!!  I mean she just knows to go outside. Eating goes well. She still doesn’t like the crate but she’s hardly in it. She does chew a few more things than my others used to but a quick, “No” and she responds. It seems everything I teach her she learns so quickly.  Even when she goes potty outside and I make a huge deal of excitement over it, she comes running over and does that “hopping” thing you showed us. It’s so cute. She gets so excited. And she MUST be petted!! She swats at you for that. 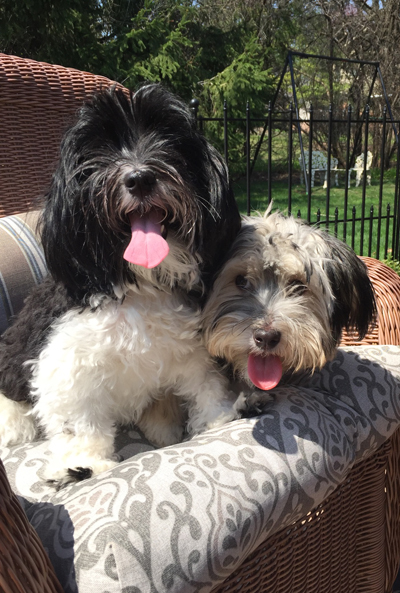 She’s getting cuter and cuter. I did trim her face a little so now she’s lighter. Also, her paws are the same way. She’s gained a little. Maybe just over 1 1/2 lb or more. She looks good.
As you know I was a bit concerned about an older puppy being set in her ways but she’s perfect for us. She has blended right in.
Hope you’re doing well. Thank you for giving us a real joy!
Here’s a few pics,
Kim 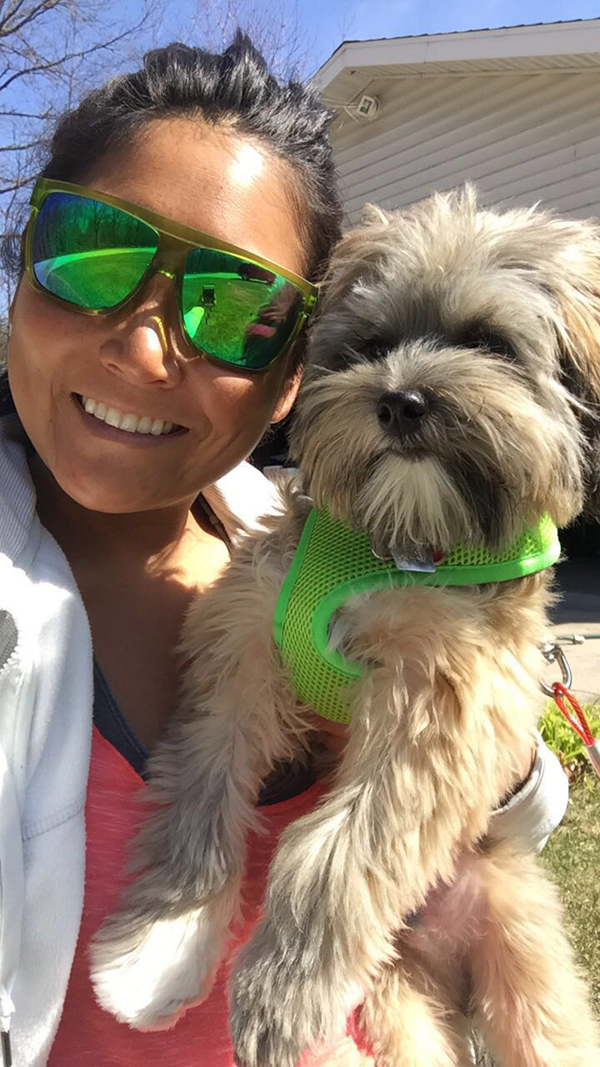